These days, comic book and particularly comic book movies are a multi-million dollar business. That wasn't always the case. They were once considered disposable rags that only children enjoyed. As a result, comic book collectors often have a hard time finding rare and high-value comics. And when they do, they may not take the time to install a great security system for their home. This is a major mistake.

One of the most surprising financial successes in the world has been people who sold old comics at outrageous prices. For example, a copy of "Action Comics" sold for over $3 million because it was the first comic to feature Superman. Comics of this nature are typically hard to find and are usually in pretty poor shape due to years of wear and tear.

More tellingly, prices of a single comic have never been as high as that one sale. However, there are still a variety of comics that exist that could be worth money. Even a casual comic collector may not realize the value that they need to protect in their home.

While older comics are typically worth more than newer ones, that doesn't mean that all old comics are worth a lot of money. Instead, a high-value comic is typically one that is historic and/or rare. For example, the first "Batman" comic typically sells for thousands of dollars. Other individual comic books with similar important value are also on the market.

That said, a person with a large comic collection likely has value in its sheer bulk. Few people are likely to have an "Action Comics" worth millions of dollars. However, they could have over a thousand comics that are worth anywhere from $10 to $100 each. As a result, it is important to take the time to install a high-quality security system in a home.

Why An Alarm System Is So Crucial

A great alarm system will keep the windows and the doorway protected from invasion by a comic snatcher. Thefts of comic books aren't uncommon because other collectors want to sell them for easy money. However, installing an alarm system that goes off when your comic book collection is accessed without permission can help keep it protected.

A good alarm system should also go off if somebody comes into your house without your permission. While it's probably not necessary to have a security system on every hour of the day, it is a good idea to set it up when you are out of town for a few days or even at work. In this way, you provide your financial investment with the protection it needs. Contact a company, like Tele-Plus,  for more help. 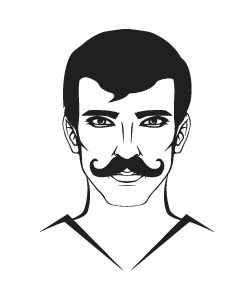 I developed a passion for learning about telephones after my grade school teacher taught our class about how the first telephone worked, which was actually called an electrical speech machine. I remember then going home after school and making a phone call on our home phone and spinning the rotary dial to make a phone call. Communication technology has advanced rapidly over the past century, and I love keeping up with the latest telephone developments. I never imagined that cell phones would become so common that even children would carry them around! I have a bit of free time on my hands, so I decided to create a blog all about my passion -- telephones! Come back often for new posts on telephone technology and other communication tips!